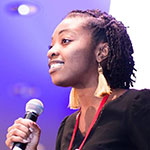 Dr. Chika Stacy Oriuwa is a graduate of the University of Toronto, Faculty of Medicine, where she was named the valedictorian of her graduating medical class.  She is a physician, professional spoken word poet, public speaker, writer, and advocate for racialized and marginalized populations.

Presently, Dr. Oriuwa is completing her residency in psychiatry at the University of Toronto where she aims to go on to complete further sub-specialist training in neuro-psychiatry. Dr. Oriuwa also serves on Indigo's Board of Directors, using her expertise to influence their efforts in creating equal opportunity and curating spaces of wellness and inclusion.

She is a recipient of numerous prestigious awards and honors, including being recognized as one of Best Health Magazine's 2020 Women of the Year and Time Magazine’s 2021 Next Generation Leader.  Additionally, Dr. Oriuwa was recently honored in Mattel’s #ThankYouHeroes campaign alongside five other women with a one-of-kind Barbie doll made in her image to commemorate her contributions as a frontline healthcare worker. 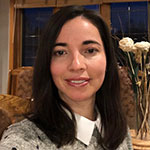 Dr. Renée Vachon, MD, FRCPC, is a psychiatrist and a Northern Ontario School of Medicine (NOSM) Assistant Professor in Thunder Bay Ontario.  She graduated from the University of Ottawa medical school and completed her psychiatric training with NOSM.  Originally from a remote northwestern community, Dr. Vachon is proud to have returned to the region to provide hospital-based psychiatric service to vulnerable populations, including inpatient and consult-liaison services.  Prior to her career in medicine, she worked as a registered nurse providing primary care in a remote fly-in First Nation community.

Dr. Vachon is committed to improving mental health care and access to all people in the Northwest region and strives to provide culturally safe and informed care to her Indigenous patients.  Dr. Vachon's personal connections to this land and its people have given her firsthand experience and perspective related to the inequities that exist in the North. 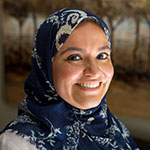 Dr. Ahmad has specific expertise in trauma, mood and anxiety disorders, as well as severe and persistent mental illness populations.  She believes in the power of psychotherapy to address the struggles that spring from the human condition.  She is dedicated to community work and advocacy around diverse issues such as marginalization, homelessness, poverty, refugee mental health, gender-based violence and the struggles of Muslim youth and families.  She is currently working at the Crossroads Clinic at Women's College Hospital and the New Beginnings program at the Centre for Addiction and Mental Health.

She created a trauma-informed group therapy program entitled Mindfully Muslim which blends mindfulness-based interventions with the sacred wisdom and teachings of Islam.  She presented this program at the 2019 World Psychiatric Association Congress on Religion & Psychiatry in Jerusalem.  Because of this work, she was awarded the 2019 Breakout Community Psychiatry Advocacy Award by the Ontario Psychiatric Association and her program was profiled in the centrefold feature article, "Race, Religion & Mental Health" in the Black Lives Matter special edition of Chatelaine magazine.

Dr. Ahmad embraces multifaith initiatives and led prayers at the World Parliament of Religions in 2018 and in 2021.  She served as a consultant for the award-winning dramatic series, "Transplant," which aired on CTV & NBC/Universal, "The Path Travels Me,” an independent Netflix film and the theatre production, "I Don't Know" at the Impact 21 International Theatre Festival.

A poet at heart, Dr. Ahmad loves to live in between the lines because she believes a lot of power and beauty springs from these liminal spaces.  She cares deeply about people and their stories. 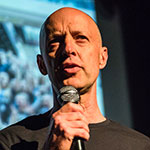 Eric Windeler started Jack.org with his wife Sandra Hanington and their closest friends in May 2010 after losing their son Jack to suicide. Since then, Eric has put aside his business interests and leads Jack.org full-time. With a staff of over 60 and 3,000 youth volunteers, Jack.org is Canada's only charity training and empowering young leaders to revolutionize mental health in every province and territory. Eric works tirelessly to inspire discussion about mental health, especially among young people. In 2013, Eric received the Champion of Mental Health award from CAMIMH and the QE Diamond Jubilee Medal. In 2015, Eric was honoured by Queen's University, receiving an honorary degree (LLD) recognizing his work in the field of mental health. In 2017, Eric and Sandra Hanington received the Meritorious Service Cross (Civil Division) from the office of the Governor General. More recently, Eric was selected as one of the 150 CAMH Difference Makers for mental health in Canada. Eric is also recipient of the 2018 Queen’s Alumni Humanitarian of the Year Award and the 2020 Ontario Psychiatric Association's Mental Health Advocate of the Year Award. Eric sits on the board of Frayme, a youth mental health best practices charity. 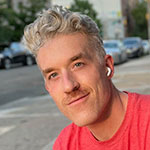 Alex Aide serves as the Director of Programs and Impact at Born This Way Foundation. Co-founded by Lady Gaga and her mother, Cynthia Germanotta, the Foundation is committed to supporting the mental wellness of young people and working alongside them to create a kinder and braver world. Overseeing the Channel Kindness digital platform and program for sharing and inspiring kindness, our partnership with the National Council to create teen Mental Health First Aid, our global campaign to build a habit of kindness called #BeKind21, our Youth Advisory Board, our work on the ground in Las Vegas, and our strategic partnership with Jack.org to highlight and build more digital tools and resources young people can utilize to gain the skills and confidence they need when it comes to supporting themselves and each other through mental health challenges.  Alex works alongside young people and non-profit organizations, companies, and youth mental health advocates from around the world.

Before joining the team at Born This Way, Alex worked for Arianna Huffington and at the William Morris Endeavor (WME) talent agency in Los Angeles. He holds a Bachelor of Science in Business Administration and a Juris Doctorate degree from West Virginia University. After law school, he gained admission to the bar in his home state of West Virginia. Instead of pursuing a traditional career in law, however, he chose a career path focused on social good.

Thank You to Our Sponsors!